Judges often fail to hold men accountable for rape, even when the evidence is overwhelming. We just saw it play out one more time as Judge Aaron Persky let convicted felony rapist Brock Turner, walk out of court with a mere 6 months in the county jail. Turner will probably be released in 3 months if he behaves well.

The evidence against the white upper-middle class 20-year old and former Stanford University swimmer wasn’t the point of contention. The sentence was. Unlike in many rape cases, there were witnesses who intervened at the time of the crime and testified in court, so Turner was convicted.

We’ve been fighting against sexist judges for a very long time! Judge Persky doesn’t represent anything new, or demonstrate any heightened awareness of the politics of rape convictions. In 1977 a decision by one Judge Simonson of Madison, Wisconsin, relieved some young men of responsibility for a sex crime they committed. The story was quickly picked up by the national news. Singer/songwriter Malvina Reynolds wrote a biting song called “The Judge Said” in response to his decision and contributed to a recall campaign that eventually removed Simonson from the bench.

Here’s a recording of Malvina Reynolds singing “The Judge Said” and a link to the music transcription and a news clipping on the case printed in the topical song magazine, BROADSIDE (see pages 8 and 10 in the pdf). 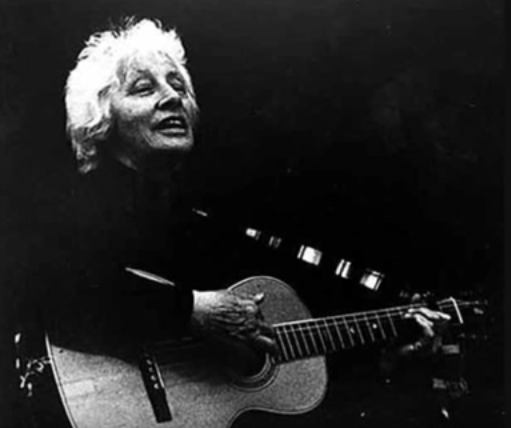 The judge said “Screw ’em!
Boys, you’re only human.
They brought it on themselves
By being born a woman.
Like a mountain’s there to climb
And food’s there to be eaten,
Woman’s there to rape,
To be shoved around and beaten.”

Chorus:
The judge took his position,
The judge he wouldn’t budge,
So we’ve got out this petition,
And we’re going to screw the judge.

Now if you beat a horse or dog
Or violate a bank,
Simonson will haul you in
And throw you in the clink.
But violate a woman,
Your equal and your peer,
The judge will slap you on the wrist
And lay the blame on her.

To draw a true conclusion
From what Simonson has said,
Woman has to live in fear
And cover up her head.
She has to dress in purdah
And lock herself in cages,
And this kinky judge in Madison
Is from the Middle Ages.

The judge took his position,
The judge he wouldn’t budge,
So we’ve got out this petition,
And we’re going to dump the judge.

Just a few years after Simonson lost his job, another Wisconsin judge blamed a five-year-old for her own rape by her mother’s 24-year-old boyfriend, saying the child was a “sexually promiscuous young lady.” He sentenced the man to 60 days, allegedly not for the rape but for lying to him. Another uproar, another recall effort—but this time Judge Reinecke won his recall election. 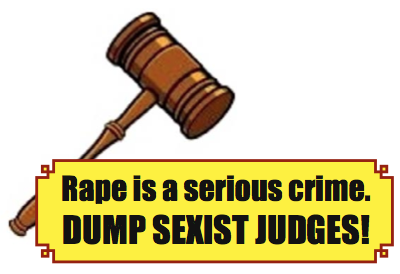 In 2016 we are dealing with the exact same problem. Judge Persky empathized with the rapist Brock Turner, saying, “a prison term could have a severe impact on him.”

What about the “impact” on Turner’s victim? On this issue the judge is silent.

Judge Persky ignored the statutory minimum of two years in prison and he ignored prosecutors’ recommendation of a six-year prison term when sentencing Turner. The light sentence supports the notion that men are “entitled” to sex, and trivializes the seriousness of rape offenses. Some who found this an egregious decision are leading a recall effort to get Judge Persky removed from the bench. Stanford Law professor Michele Landis has set up a website to let the voters of Santa Clara County decide on the judge’s fitness for office.

At Stanford’s commencement this spring, students brought signs and wore decorated graduation caps to honor rape survivors. Both the President and the Keynote speaker made reference to the crime without mentioning the name of Brock Allen Turner. A plane chartered by feminist group UltraViolet flew a banner across the sky during commencement that read “Protect Survivors. Not Rapists. #PerskyMustGo.” (www.buzzfeed.com)

On June 14th, National Public Radio reported that Santa Clara District Attorney Jeff Rosen filed a peremptory challenge against Judge Persky preventing him from deciding another sexual assault case. In this new case, a former Kaiser Permanente male surgical nurse is alleged to have sexually assaulted an anesthetized female patient. District Attorney Rosen said his decision to remove Persky was “a rare and carefully considered step.” He also left open the possibility that he would seek to disqualify the judge in future cases.

4 comments for “The Judge Said”