On December 6, 1989 –26 years ago– a heavily armed man entered an engineering class at the University of Montreal’s Ecole Polytechnique. After shouting a diatribe against feminists at the women in the class, he opened fire, killing six women outright, and then roamed the building shooting others. In all, he killed 14 women, wounded nine, and wounded 4 men who got in the way. In a suicide letter he called the slaughter “a political act” saying feminists had “ruined his life.”

Over the years, feminists around the world have commemorated this terrorist attack. This year, on December 5, the Vancouver Rape Relief & Women’s Shelter is again holding a National Day of Remembrance & Action on Violence Against Women.  The day long gathering  includes films, lectures and roundtable conversations. It is free and open to the public. A schedule of events is here.

In solidarity with the Vancouver Rape Relief & Women’s Shelter and our other Canadian sisters and feminists around the world, we offer the following excerpts from speeches given at a “Stand Up for Feminism” Rally in Kingston, New York, 1990, in commemoration of the first anniversary of Montreal Massacre.  Speaking were Barbara Leon, Nancy Clark, Joanne Steele and Carol Hanisch. [From the Meeting Ground archive]  Click on the page to enlarge. 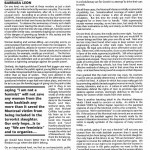 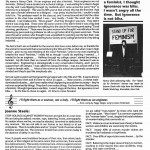 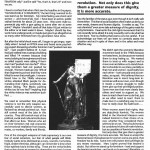 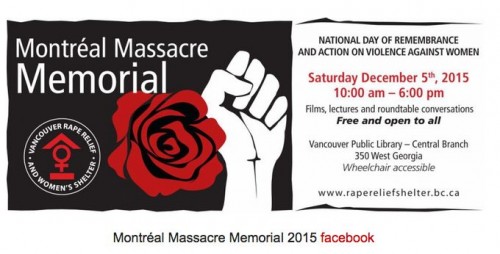 ← Housework, Reproduction and Women’s Liberation
Dangerous Federal Decision Claims Being a Woman Is a “Choice” →