The Women’s Liberation Movement has lost another of its early pioneers with the passing of Anne Forer Pyne in Arizona on March 21. We reprint below some of her words which are still significant and inspiring to our struggle. 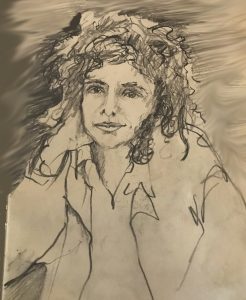 Anne, or “Ann” as she spelled it back then, influenced the development of consciousness-raising while raising our awareness of the daily pressures on women to look and act in ways that that are oppressive, thus laying some groundwork for the later idea of the 1968 Miss America Pageant protest. As Kathie Sarachild recalled that early meeting of New York Radical Women:

We were planning our first public action [the Jeannette Rankin Brigade] and wandered into a discussion about what to do next. One woman in the group, Ann Forer, spoke up: “ I think we have a lot more to do just in the area of raising our consciousness,” she said. “ Raising consciousness?” I wondered what she meant by that. I ’d never heard it applied to women before.

“I’ve only begun thinking about women as an oppressed group,” she continued, “ and each day, I’m still learning more about it – my consciousness gets higher.”

Now I didn’t consider that I had just started thinking about the oppression of women. In fact, I thought of myself as having done lots of thinking about it for quite a while, and lots of reading, too. But then Ann went on to give an example of something she’d noticed that turned out to be a deeper way of seeing it for me, too.

“I think a lot about being attractive,” Ann said. “ People don’t find the real self of a woman attractive.” And then she went on to give some examples. And I just sat there listening to her describe all the false ways women have to act: playing dumb, always being agreeable, always being nice, not to mention what we had to do to our bodies with the clothes and shoes we wore, the diets we had to go through, going blind not wearing glasses, all because men didn’t find our real selves, our human freedom, our basic humanity “ attractive.” And I realized I still could learn a lot about how to understand and describe the particular oppression of women in ways that could reach other women in the way this had just reached me. The whole group was moved as I was, and we decided on the spot that what we needed – in the words Ann used – was to “ raise our consciousness some more.”

[Related by Sarachild in “Consciousness Raising: A Radical Weapon” in Feminist Revolution by Redstockings, 1975, 1978. Available on line in the Redstockings Archive or in book form from TruthTellers.]

In a 1972 letter to the New York Times, Ann took on a snarky and dismissive review by Marilyn Bender of Alix Shulman’s first novel, Memoirs of an Ex-Prom Queen (unpublished in the Times but printed in Woman’s World, a women’s liberation newspaper edited by Kathie Sarachild, Barbara Leon and Colette Price).

A feminist novel is an important event. It does not matter which is the first to appear, except perhaps to publishers who are marketing the book or possibly to historical perspective. What does matter is its existence. If it is to be regarded simply as a novel than its literary merit should be evaluated. Ms. Bender does not address herself to this aspect except to say that the book “scales no lyrical or imaginative peaks.” If it is significant because it is a feminist novel, then it must be looked at in terms of women and their struggle for liberation. The major contribution of the women’s movement at this time has been consciousness-raising, which means that women are becoming aware of themselves as women and the various ways that society has shaped them into what they are. This molding of them [is] going on, needless to say, without any awareness on their part, and it is precisely this molding which must be brought into the light. It is the exceptional woman who has escaped during her growing up from the tremendous pressure to look beautiful and has managed, instead, to concentrate her time and energy into developing her own individual SELF rather than into trying to achieve some stereotyped beauty in her appearance. Our society oppresses everyone in this sensitive area of their looks, but women are its worst victims. If Shulman has exposed the insidiousness of that oppression, then she has done a lot.

Ann went on to criticize the reviewer’s flippant dismissal of the protagonist’s struggle as just being personally unable to “just say no” to a man:

The protagonist is NOT the only girl who couldn’t say no. There are legions of us. Probably the reasons behind it are complex: the distorted state of male-female relationships today, women’s feelings that they have no rights (including the right to say no), a woman’s relationship with her own self – to protect it from destructive experiences, to open it to pleasurable ones, and others. …

To recognize that women generally are your sisters is not as easy as it looks. We are all having trouble with it now in the movement and from her condescension in this review I doubt that she recognizes Alix Kates Shulman as her sister. …

The reality of women’s experiences and the groping half-blind young woman who must deal with them is not a pretty story. Those painful lost years first out in the real world when one still believes the illusions perpetrated on women everywhere in our society…is not the story of one loser but the true story of women until they learn to fight for their own selves. 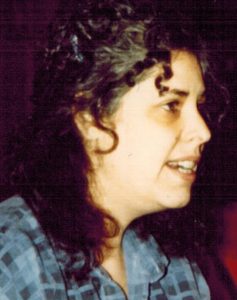 Ann was among the courageous women who testified at the first Redstockings abortion speakout in New York City in 1969, several anonymously because abortion was then illegal.. She also spoke at the 20th Anniversary of that event in 1989.

In an unsigned article, “Sex and Women’s Liberation,” in the Redstockings book Feminist Revolution, Ann tackled the significance of the shortening of the radical name “Women’s Liberation Movement” to the liberal “Women’s Movement” by explaining the importance of each word.

← The “Burial of Traditional Womanhood” • January 15, 1968
An Invitation to Commemorate the 1968 Miss America Protest →